It’s been more than 8 years since I joined Freekaamaal.com, and it feels like only yesterday.

I remember my first day when I walked into the office and was immediately impressed by the vibrant and creative atmosphere.

We were just a team of 14 working out of a small office. There were MAINLY two departments back then – Sales and Tech.

We were all working closely with the CEO of the company, Mr Ravi Kumar Sir.

Ravi Sir and J.K. Sir were both very instrumental in the success of the company. Ravi Sir was heading up the Sales and Finance departments, while J.K. Sir led the tech department.

Those were the early days of eCommerce in India, and we were dealing with BIG names such as Amazon and Flipkart. We were bringing Amazing deals for our users that they could not find anywhere else.

In 2018, we launched a cashback campaign with Vishal Megamart – which turned out to be one of our biggest campaigns ever. After that, there was no looking back – we kept growing bigger and better with each passing year.

In 2019, we launched another big campaign with Asian Paints. This was a milestone achievement for us, and it wouldn’t have been possible without the hard work and dedication of every single team member.

I was doing well in my career. I was on the fast track to success with a great job and a promising future.

……………..But my personal life was a different story.

It was a stormy night. I had been working late at the office, trying to catch up on some reports that were due the next day. As I gathered my things to leave, My phone rang, and I saw that it was my Mother… telling me the news of my Father went missing.

Now, I was the only one in my family who was working, and I had to support everyone emotionally and financially.

It was a lot of pressure for me, but my team members and Ravi Sir were there for me every step of the way. They supported me and gave me the strength to keep going.

On my return to work…….after a 28-day absence, ………(to my surprise), I was given 28 days of PAID leave. This not only motivated me to work harder but also made me determined to CONTINUE my journey with freekaamaal.com.

The company’s support and faith in me during this difficult time made me want to repay them by putting in my best effort and contributing to their success.

Having started as an Executive, I’ve worked my way up to Manager, and I feel lucky to be a part of the freekaamaal.com team.

It’s been exactly a month for me since I joined this strangely named company called “Freekaamaal”.

29th August it was when I first came here, and 29th September it was when a bus loaded with all the Freekaamaal employees embarked on this journey to “Ranikhet”

When I first heard of this place, I wondered why it is called Ranikhet. Well, there is a story behind it, which you can google, as I did the same.

Let’s get back to the trip…

Being an introvert, I barely communicated with anyone in this one month that I have spent in the office. But the trrrippp…

I must say it was a completely different experience. The Workaholics at the office can be such Party-holics on the trip, I didn’t expect!

It was almost 1:30 at night when our bus boarded for this trip to the mountains. Started with a bang, we played some exciting, fun-filled games while being on the bus. After singing and dancing for hours, we finally decided to have some sleep. What a crazy night it was…

Woke up to these soft cold winds, coming inside from the window, carrying a mild woodsy fragrance of the greenery around, felt so pure and natural on my skin. I remember how I gasped so hard to let the smell go deep inside my body.

I looked outside the window and instantly fell in love with the view. “This divine beauty of nature!”, I must say “God was being so creative when he created this place”. The sky high mountains touching the clouds, giving our bus a very thin path on the edges to move. The big pine trees, and a rocky river named “Kosi” flowing through the mountains, added their bit to make this place feel like heaven.

I could not decide how to absorb this beauty inside me. Meanwhile, my friend, who was sitting right beside me, got so scared of the height that we had to stop the bus in the middle of the road. Anyway, we consoled him somehow…

We came closer to the destination by now.

We came closer to the destination by now.  Round and round, up above the ground, chasing the clouds, while companioning the mountains around, we finally reached our destination…

And finally, here it was, the “High Five Cottage”. This tiny cottage was built on the edge of a mountain, approximately 1,650 ft above sea level.

Someone so sweet welcomed us there. It was Daisy, the owner’s pet dog. This playful furry creature instantly became my friend.

We were allotted our rooms, well furnished, warm and cozy. I had a bath. It was almost 12 at noon, and my tummy was making noises out of hunger, exactly when we were called to the kitchen. Lunch was served. Believe me, a simple “Daal-Chawal and Fulka” never tasted this delicious. Maybe, it was because of the view…

My hunger pangs calmed down; I stood up from my table to return back to the room, that exact moment, I saw a bookshelf in the corner, “My Favorite Spot”, my heart shouted. I literally ran towards it. The books there were quite familiar: The Invisible Man, Three men in a Boat, The story of my life by Hellen Keller, and all these novels that I have read in my school. Don’t know why, but I somehow manage to see these books wherever I go. Sometimes I feel that they are following me…

Anyway, I came back to my room and sat on the bed. The mattress was so soft that the moment I laid on it, I slept.

Around 7:30 in the evening, I heard the sound of music. Came out of my room, and to my surprise, what I saw there was a group of my office people, packed and puffed in their warmest jackets, gathered around a bonfire lit up in the middle of the ground outside the cottage. I spotted my writer friends, went there and sat beside them.

I could smell the yummy snacks and drinks served at the corner, just when our boss decided to play a game. Starting with the musical chair, we played a number of games the whole night. Sung and danced our hearts out; that was a night to remember.

The next day, we went for an outing to a waterfall, where we encountered some wild monkeys and these weird-looking pear-shaped, worm-like creatures called leeches.

I think leeches like humans a lot, because they get stuck so tightly to each one of us that we finally have to escape this place.

Anyway, the day was followed by an award ceremony at night when the employees were given recognition for their hard work and dedication to the company. After that, the party started…

Everyone stood up till late that night showing their unique talents to their colleagues. I must say, we have got quite a number of artists in the office.

All those people whom I used to see as strangers before the trip happened, became such close friends of mine.

The next morning when I woke up, I tried to absorb as much as I could of this place inside me because it was the time to say goodbye.

I think Daisy, too, somehow felt it. She was looking at me with gloomy eyes, as if she didn’t want me to go. I spent a good amount of time with her in these two days. I remember how she used to sit beside me, wanting me to glide my hands through her furry skin.

Though, she came with us till the bus. I gave her a warm hug and went inside. 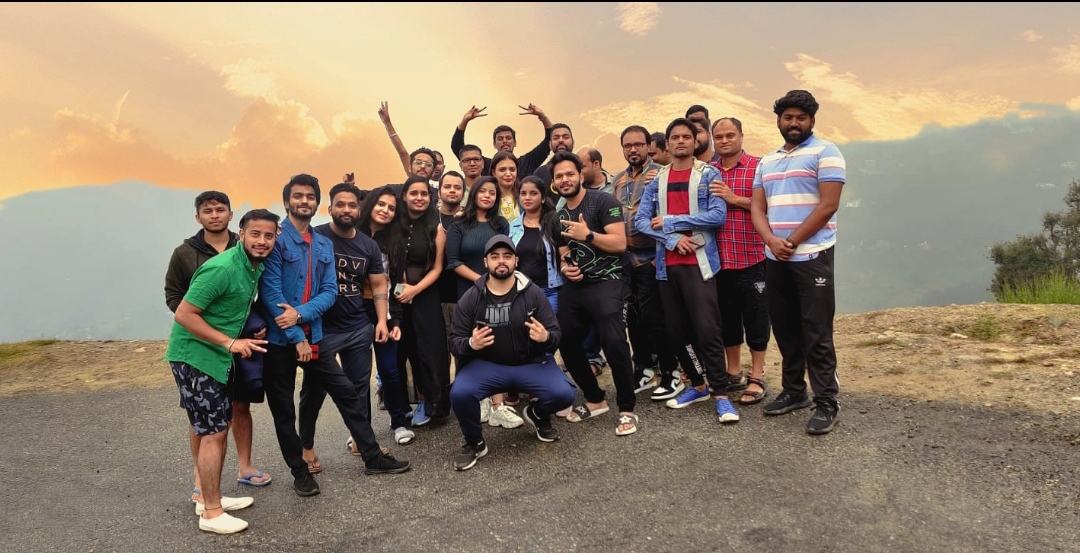 The organization has completed 11 years, which includes lots of success and some fantastic memories. As it is our 11th Anniversary, it was time to celebrate with love, fun, and a trip to Mukteshwar Hill Station. By taking all the necessary precautions, we arranged a trip to Mukteshwar hills in Uttarakhand.

After all the necessary cross-check, like the vaccination and proper sanitization, we have managed to spend a weekend at Orchid Resort at Mukteshwar hills. We all gathered to have a party, cricket, and lots more on those two days. First, we love the location that gives us some mesmerizing view of the Uttarakhand mountains and clouds. 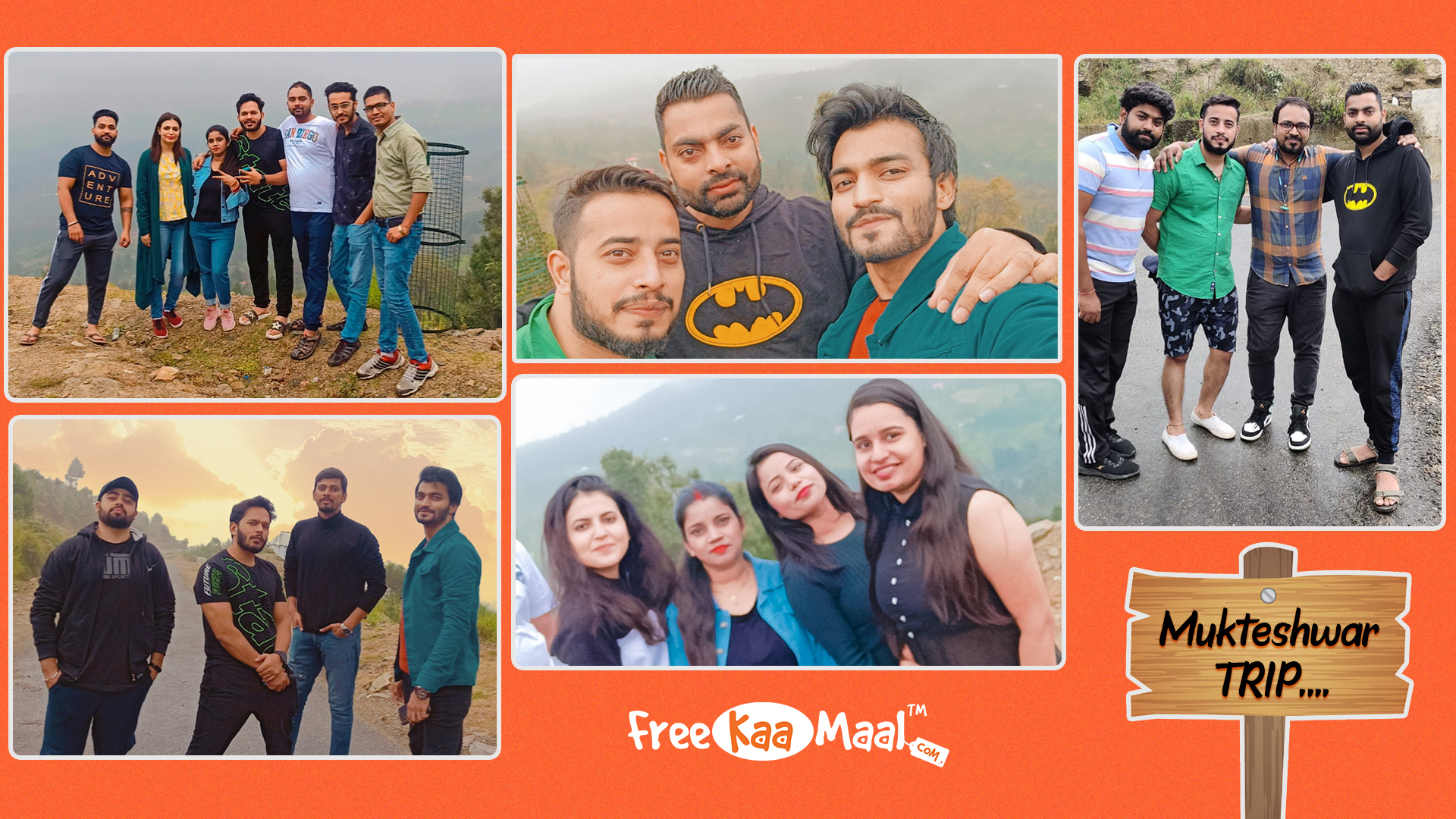 As we reached the Orchid Resort in the morning, we had breakfast there, and then we went out to play crickets in between mountains. The girls are busy taking selfies with their friends at hill station while gossiping, as usual as girls do.

As we returned after playing cricket at noon, we took lunch in the resort and the quality of food was awesome, and we loved it. Now it is time to rest and wait for the evening award ceremony and the much-awaited party.

In the evening, our HR has arranged an award ceremony before the party starts. At there, employees got some trophies and some precious words that motivate others for the next time.

Our CEO Mr. Ravi Kumar joins the ceremony and motivates us by telling some facts about the corporate world and some keys to remember while working.  As the awards ceremony is over, we are heading towards the party we all are waiting for.

The party started with a bonfire and with some music competition, from there onwards we got to know that we got some good singers in our organization. Lucky Singh, the Front End developer of our company, has an excellent voice, and we enjoyed that too. As the party goes on, everyone joins Lucky, and it was a fantastic experience.

And now it is time to boose some drinks as the real party starts now for us. All the boys enjoyed it with some Tequila and whisky on the rocks. After Boozing till late at night now we are craving for food. The dinner was ready, and it was delicious and awesome.

Let me tell you one thing, the party is still not over. 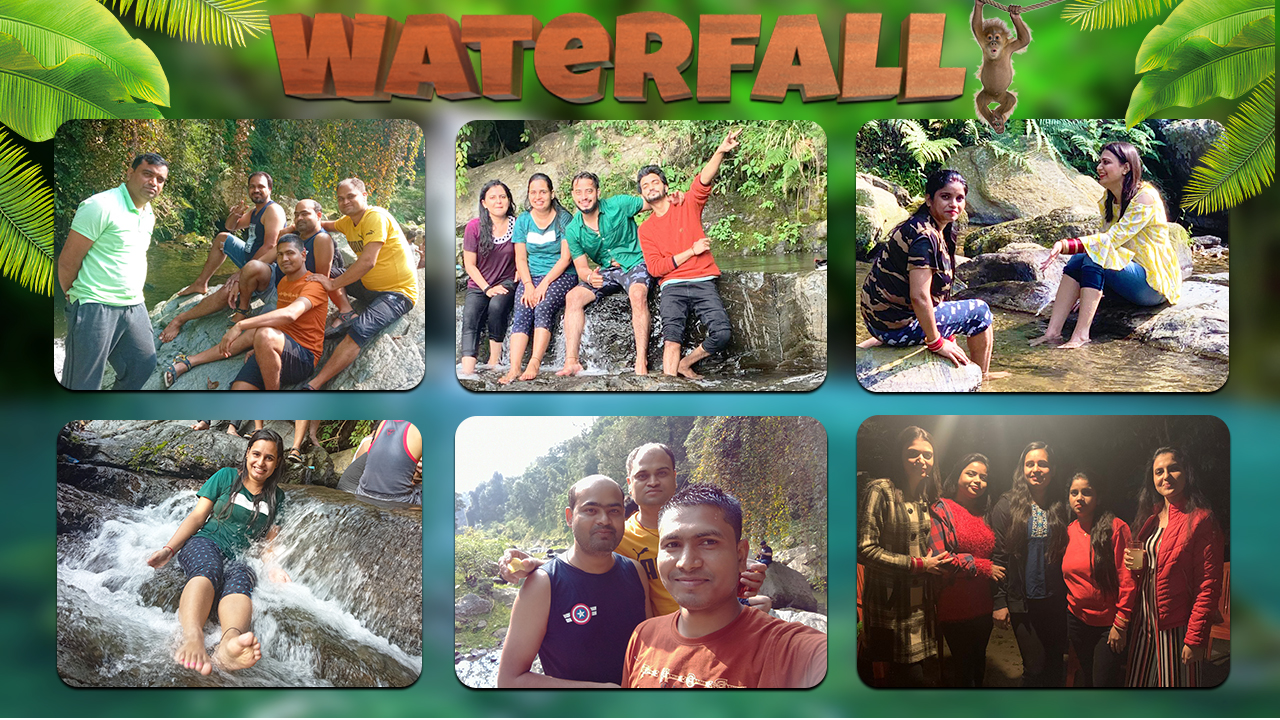 The next day after checking out, we headed towards a riverside to enjoy more before the party and trip ends.  There we took some snacks, Maggi and cold drinks. We did not even sleep or feel sleepy on the complete journey as it was so much fun, and it was one of the best trips.

We enjoyed it a lot, and the trip to Mukteshwar hills in Uttarakhand will always be one of the best as it was the 11th anniversary of Freekaamaal, and I cannot wait for the 12th one.

Holi celebrations at work create a bond amongst office colleagues. Holi celebrations are must at work. Everyone wants to celebrate the festival to the fullest. We celebrated Holi 2020 with lots of colors, decorations and of course food.

END_OF_DOCUMENT_TOKEN_TO_BE_REPLACED

Women Day Celebration at Freekaamaal was a big surprise all thanks to the Fkm Men’s. All the men started planning for the International Women’s Day Celebration a day earlier. END_OF_DOCUMENT_TOKEN_TO_BE_REPLACED